The new informative sign that has been in process since last summer will be up and in place during the week of the 21st of June.  Although only 40 inches by forty inches, it contains 20 colorful images that recount the La Salette story from Mary’s Apparition in France on September 19th 1846 to our present Enfield Shrine.  It states that we are a Missionary Order serving around the world in Africa, Asia, Latin America,, and also in the United States.  There is a connection between the Shakers and the first La Salette’s present on site after the property was purchased in 1927 … it gives a clear picture of the La Salette Story in Enfield and gives pause to the fact that the Shine celebrates it’s 70th Year Anniversary this year, having been dedicated on May 30th of 1951.  Our La Salette Priests and Brothers have been in Enfield, New Hampshire  for almost 100 years, and to think, this year we are also celebrating the 175th Anniversary of the Apparition … many good works continue to happen through prayer, vison and hard work. 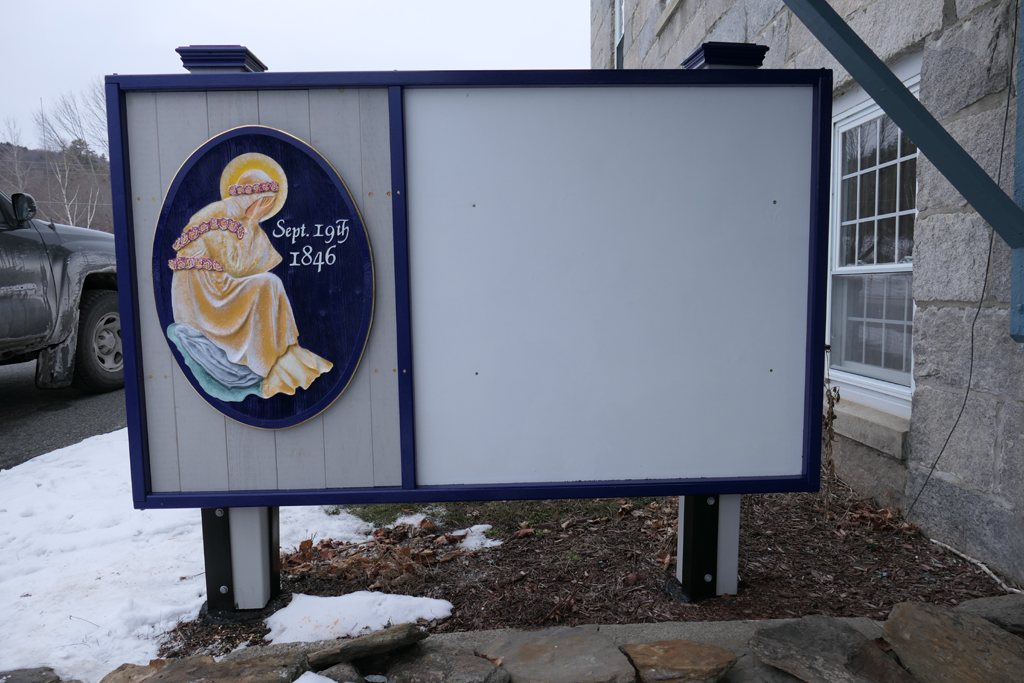