As the Superior and Treasurer of the Enfield La Salette Shrine, Father Joe brings a wealth of experience as a administrator to his leadership role.  Ordained a La Salette Priest on December 11th 1965, he has been a priest for 55 years. Father Joe, besides starting out as a missionary priest in the Philippine Islands for three years, has been Pastor of parishes in Windsor, Ontario, Canada, Lebanon, NH, and Sulphur, LA.  His administrative skills were noticed early by the leadership of La Salette, hence he was assigned as the Director of seminaries at both Santiago and Baguio in the Philippine Islands.  Upon return to the states, Fr. Joe was given Directorships of the Seminary College in Worcester, MA, House of Graduate Studies in Cambridge, MA, and the Director of Development at the La Salette Shrine in Attleboro, MA.  From 1988 until 1991 , Father Gosselin was the Provincial Treasurer, Secretary and Councilor and from 1989 to 1995 the Superior and Director of the La Salette Shrine in Attleboro, MA.  During two separate Sabbatical years he completed studies in Clinical Pastoral Education in Worcester, Ma, and further studies and retreat time at La Salette, France, Holy Name College in Oakland, CA, Nova Nada Retreat House in Nova Scotia, CA and further studies on the East coast of Australia.  Besides his mission work in the Philippines, Fr. Joe has done 3 months per year of mission work in Haiti from 2010 until 2017th, along with preaching 9 months out of the year for UNBOUND.  With a BA in Theology from the University of Ottawa, a MA in psychology from Boston College, a Certificate in Clinical Pastoral Ed, and three months of research work completed on French Parishes in Grenoble, France, Fr. Joseph Gosselin brings a wealth of experience and leadership skills to La Salette of Enfield. 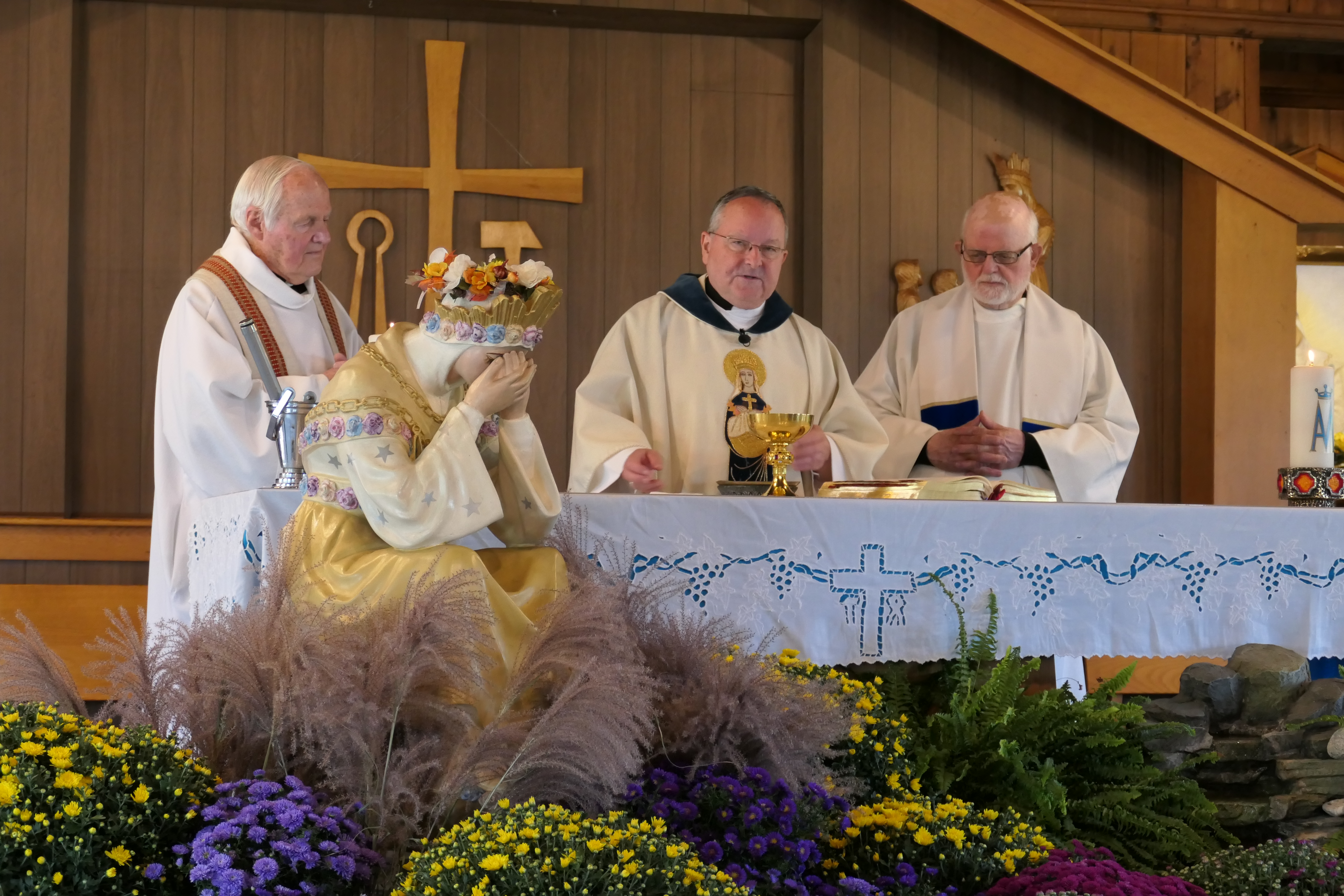 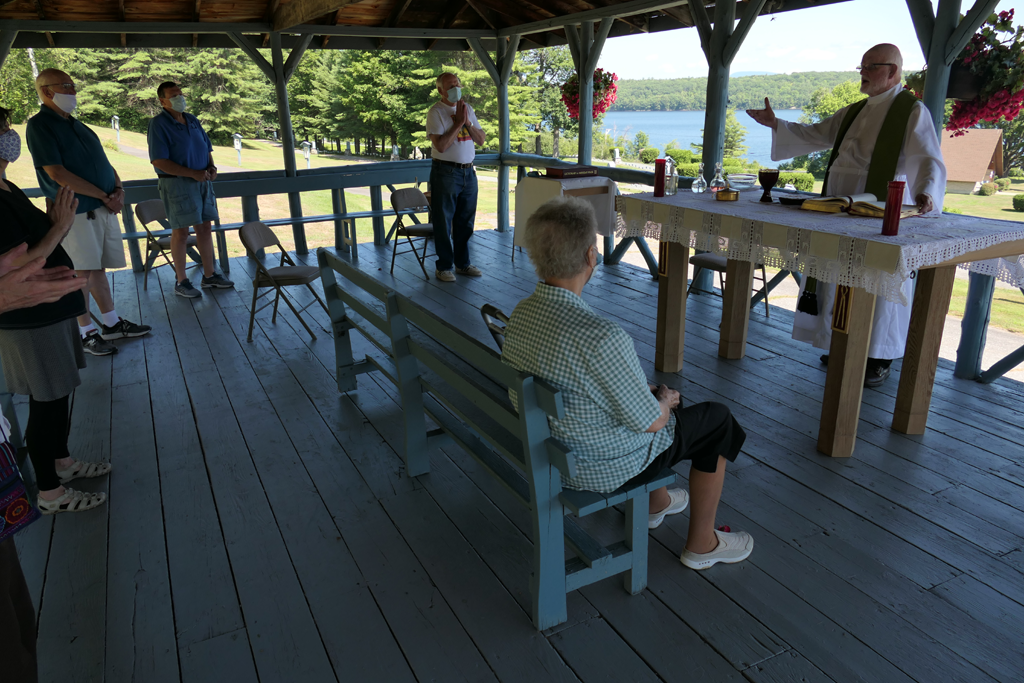 Father Joe, a friend to so many … here at the Christmas Light Display 2019, before all the social distancing began, being Fr. Joe … continue praying to Mary and normal will return! 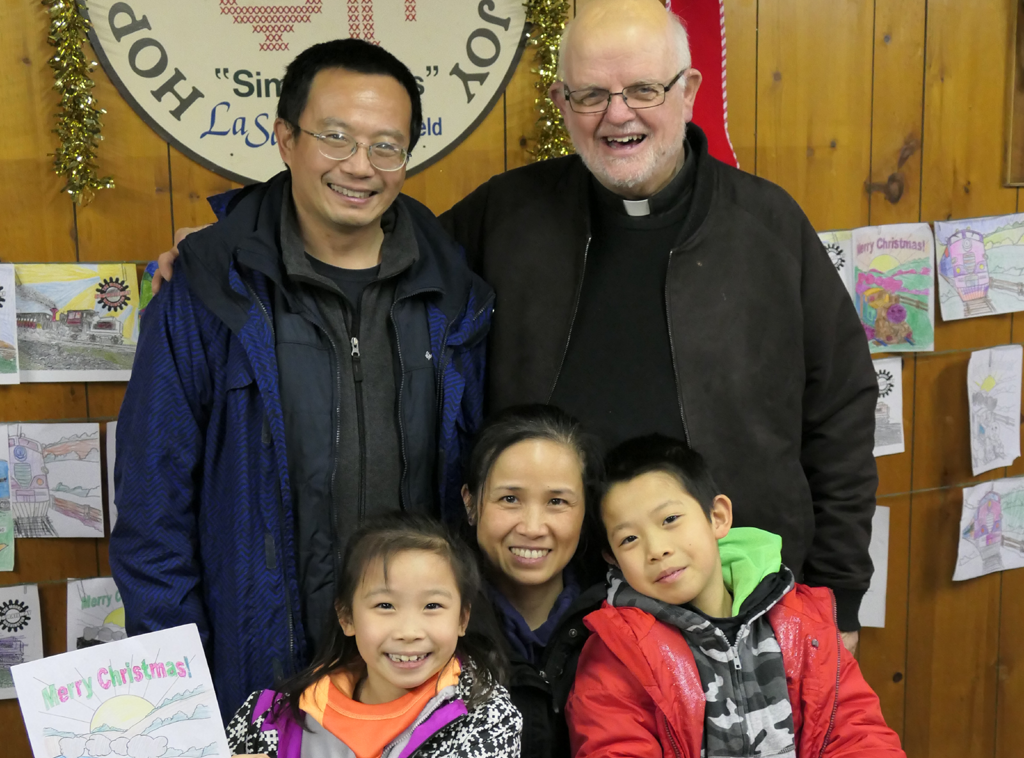